The Wrongdoers are skinhead band from Helskinky, Finland. Line-up is Renne - voice, Santtu - guitar, Atte - drums and Tomppa - bass. They started in 2001, but after their demo release in 2002, they disbanded. Fortunately they came back in 2008. Then was released album Helsinky (Crowbar Records) in 2010 and they prepare split CD with Pressure 28 on M.F.S. Records in 2012. The Wrongdoers in one of the most aggressive and greatest bands on the world. Members have experiences with playing in other bands, so Renne is in Last Laugh, Tomppa in Another One Dead, Atte in Mistreat + previously Brutal Skins a Santtu was in Angry Old Man & The Fuck You Youth and Brutal Skins too. Next interesting thing is, that singer Renne was in jury in TV show X-Factor. In their history they played with bands like Control, The Jinx, Close Shave, The Pride, Glory Boys or Retaliator. 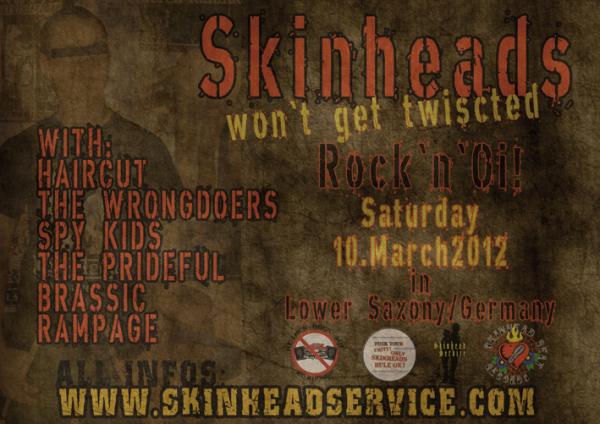